Hindu belief that after the death, soul of human being still remain in this materialistic world. Just because of the loss of body (due to death) someone cannot detach himself / herself from this world. The pull of Love, kindness, affection for his / her family, friends, relatives etc. and the affinity for the materialistic world prevent him to go for the extreme and ultimate departure. As a result, being a bodiless state that man (without body) gets pain. He wants to do many things but cannot. They cannot or even do not want to make themselves free from this materialistic world. 'PINDA DAAN' according to Hindu Belief Gives them an ultimate relief and paves the way for their departure to the ultimate world of Peace. Pind daan is considered to be a mandatory rite believed to bring salvation to the departed souls. An obligation of all Devout Hindus.
The Gaya Mahatamya mentions the legend of a great demon Gayasur who performed harsh penance for thousand years. The gods, came to him and asked what reward he wanted for his piety. The demon said that he said that he wished to be the holiest of all things and that all he saw or touched would go to heaven. Yama, the god of hell, and the gods failed to lay the demon at rest. In the end Vishnu was called in and he struck Gaya Asur with his club and released him from his fatigue and pain. As a last boon the demon asked that the gods should abide for all time on his body, and that the place would be considered the holiest of spots within the limits of which all men might obtain salvation by offering Shraddha (oblations) to their ancestors. His prayer was granted and his body became the holy ground of Gaya. According to Ramayana, lord Rama came to Gaya along with his wife Sita to perform the holy rites in remembrance of his deceased father king Dasaratha. He came during the fortnight long period just before Durga puja known as Pitrapaksha. After an altercation with the river Falgu Sita cursed the river and the Falgu was banished underground and became a vast stretch of sand dunes.
Vishnupada Temple
Falgu River
Pretshila Hill
The Vishnupad temple is considered to be one of the most sacred of all the Vaishnava temoles in India.The spot on which it stands is associated with the famous mythological event of God Vishnu killing the demon Gayasura and leaving marks of his footprint on the rock which is the main objects of worship in the temple. The present Vishnupada Temple on the bank of the river Falgu was built at the end of the eighteenth century by the Maharani Of Indore Ahilya Bai Holker and took about twelve years to complete the construction of the temple.
Falgu River is one of the tributaries of the river Ganges. There is refrence to the city of Gaya and the Falgu river in the Hindu epic of Ramayana. Hindu mythology states that Sita who was wife of Lord Rama has cursed the Falgu River. This is an interesting story and and the mythology states that an account of this curse, Falgu River lost its water, and the river is simply a vast stretch of sand dunes, but the mass of water is available below the sand dunes.
The pretshila Hill, to the north-west of Gaya is a sacred place for the Hindus where ‘Pindaas’ are offers by the devotees in large numbers of their ancestors. On the Summit of the hill is a temple of the pretraja or God Yama of Hindu Mythology.
Brahmayoni Hill
Ramshila Hill
Mangala Gauri Temple
The Brahmayoni Hill, to the south of Gaya and is the tallest in Gaya and is named after a natural fissure on its top which is believed to represent the female energy or Yoni of the God Brahma. In a small temple on the hill a five-headed female image is worshipped as a female energy of Brahma that is Brahamyoni. The Brahamyoni Hill is a sacred place for the Hindus and Pindaas are offered here during the Pitripaksha Mela in large numbers.
The Ramshila Hill is situated on the South-east fringe of Gaya is one of the most sacred Hills in Gaya and it also appears to have had a considerable antiquity. The name of the hill is associated with Lord Rama and so images of Rama, Sita and Hanuman are also installed in a temple on the hill. The Ramashila Hill is considered to be the most sacred as it is also believed that Lord Rama had offered ‘Pinda’ on the hill.
The Mangala Gauri temple in Gaya has been mentioned in, Padma purana, Vayu Purana and Agni Purana and in other scriptures and tantrik works. Mangalgauri is worshipped as the goddess of benevolence. This temple constitutes on Upa-Shakti Pitha, where it is believed that a part of the body of Shakti Fell –according to mythology. Here Shakti is worshipped in the form of a breast symbol, a symbol of nourishment. It is believed that whoever comes to Maa Durga with his wishes and prayers, returnes successfully with all of prayers and wishes come true. 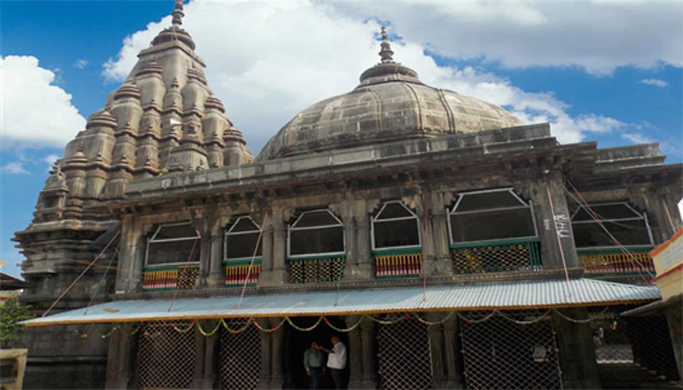 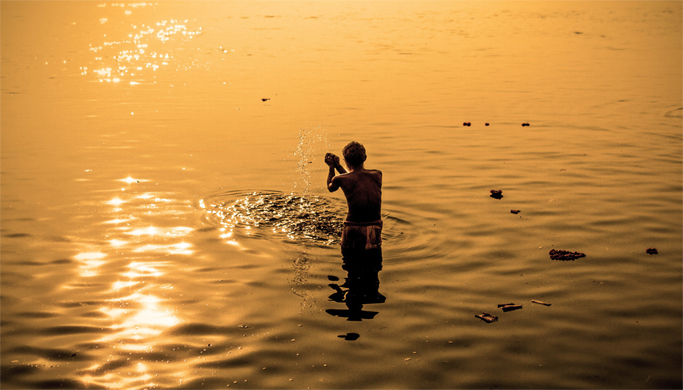 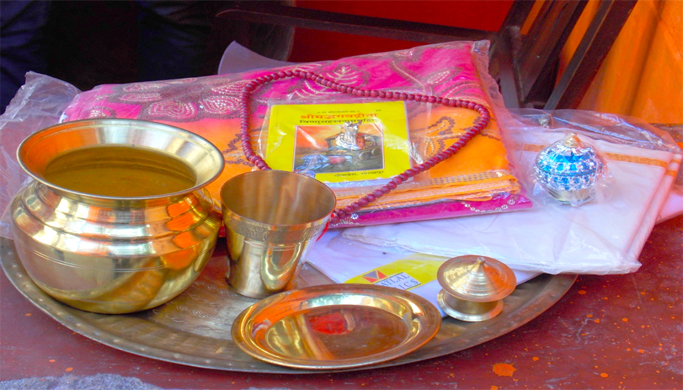